This project will actively underline how contested histories are a universal theme throughout Europe when dealing with its totalitarian histories. Instances of antisemitism, xenophobia, homophobia and other forms of intolerance by totalitarian regimes will be examined to highlight how exclusionary narratives are created and how to teach students to deconstruct discourse leading to exclusion and marginalisation.

It is our belief that this critical deconstruction of historical narratives will raise awareness of practices of remembrance, common history and values, thereby strengthening a sense of belonging that transcends national differences.

The Onsite project builds upon the Contested Histories Initiative, which noted the potential of contested historical sites as a place for teaching, learning and working towards social and historical justice. Onsite aims to use historical sites representing past totalitarian regimes as a starting point for a discussion with citizens about the importance of pluralism, civic rights and democratic practices, and to create opportunities for debate on European history beyond national perspectives. Emphasis will be placed on multiple perspectives, debate and active public involvement in tours.

The Contested Histories Onsite is a partner project between the Memory Studies Association and EuroClio, with support from the Europe for Citizens Programme of the European Union.

In this project, EuroClio and the Memory Studies Association will create:

Four sites have been chosen in Poland, Estonia, Italy and Spain. Lectures and tours will be organised about and at each site. Those sites are: Warsaw’s Uprising Museum, Tallinn’s Bronze Soldier statue, Bolzano’s Bas-Relief of Mussolini and Madrid’s Valley of the Fallen, the former burial place of Francisco Franco. These tours will be combined with project meetings with experts that will develop a toolkit for providing tours that promote dialogue and civic engagement (see below for more information). Due to COVID-19 pandemic, events are being held online, though we hope to move Onsite onsite in 2022. 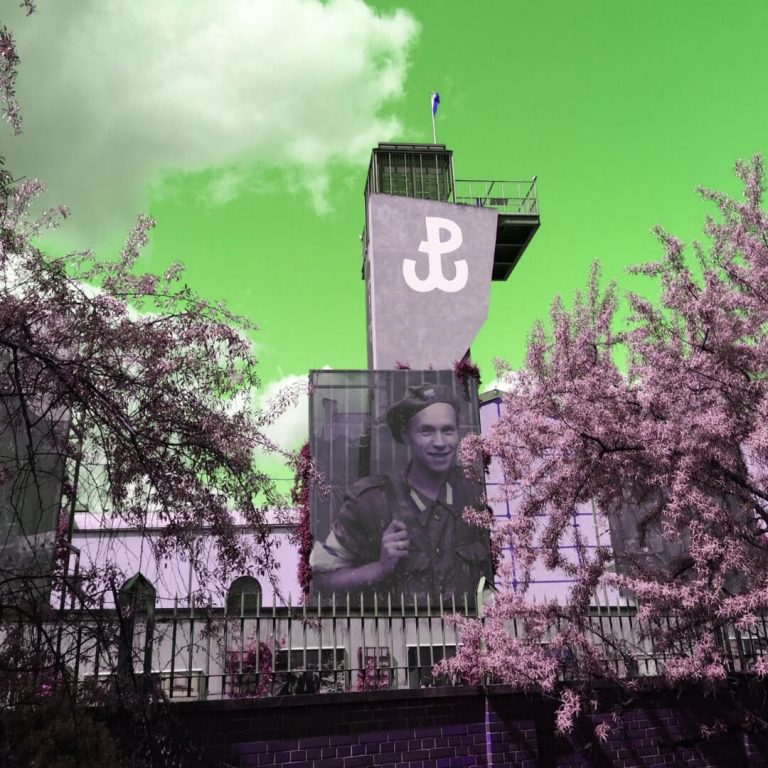 Dr Maria Kobielska, a memory scholar on contemporary polish memory culture at Jagiellonian University’s Faculty of Polish Studies, gave a lecture on the site. Maria’s research focuses on new (narrative) Polish historical museums. The lecture detailed the origins and agenda of the museum, as well as criticisms of the museum from a variety of perspectives in the 15 years since its opening.

Dr Marcin Napiórkowski took us on an interactive virtual tour of the site. Marcin is a scholar at the University of Warsaw’s Institute of Polish Culture, where he specialises in mythology and the history of memory of the Warsaw Uprising. His tour detailed how the museum creates an immersive experience using the ‘time machine’ method and sensory stimulation before coming to the controversy and ethics surrounding the museum.

The Bronze Soldier of Tallinn, Estonia 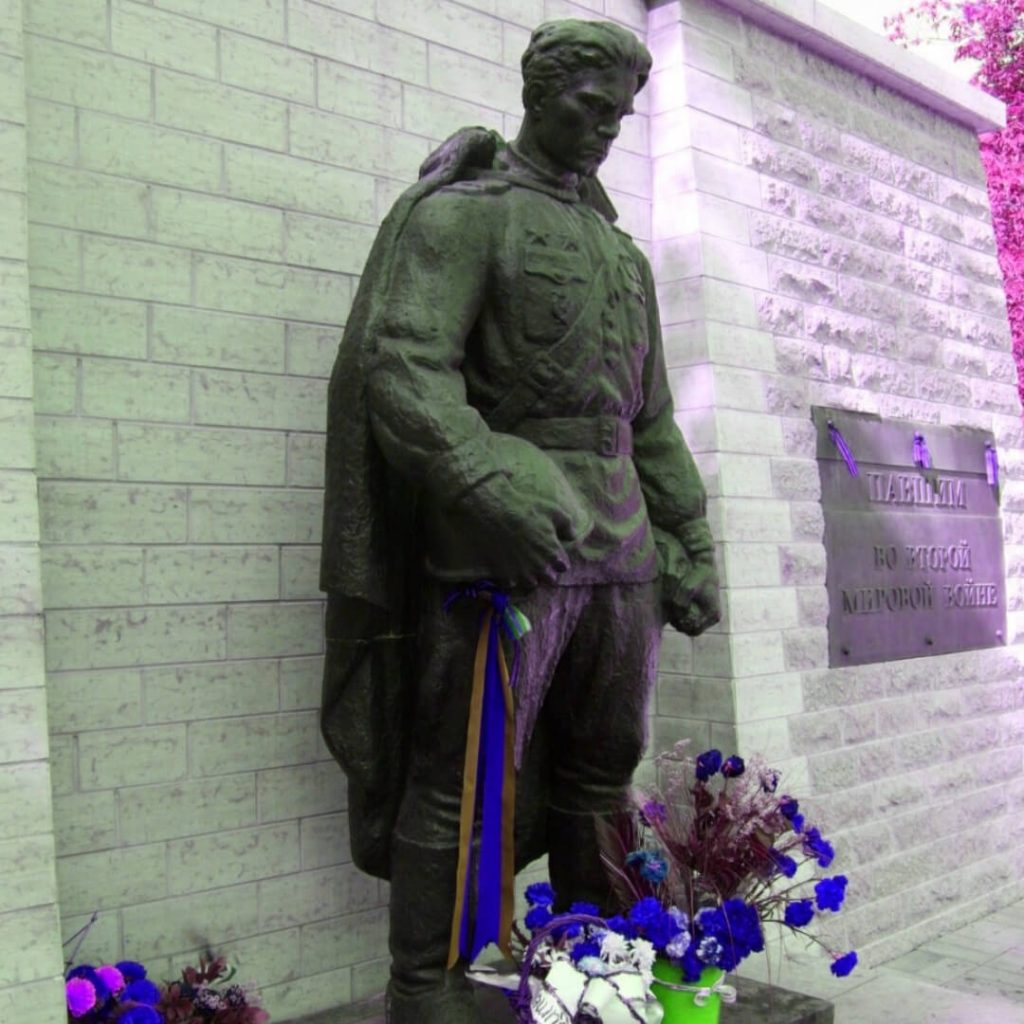 Dr Karsten Brüggemann, a historian at Tallinn University specialised in contemporary Estonian history, gave a lecture on the historical background of the so-called ‘Bronze Nights’ and the memory conflict that surrounded the monument from its establishment up until 2007. His lecture further outlined the commemoration practices during the Soviet period, to explain what happened to the site after 1991 within the broader field of the ‘war of monuments’ within Estonia and how the events of 2007 have had lasting consequences on the establishment of ‘pure’ Estonian places of commemoration.

Dr Mare Oja, lecturer of History and History Didactics at Tallinn University, and Dr Linda Kaljundi, professor at the Estonian Academy of Arts, offered an interactive workshop focused on introducing and discussing the different perspectives on the Bronze Soldier monument, to explore the dynamics of this contested site of memory. They further illustrated the potential of contemporary art as a medium for memory debates and raised the broader question of how to deal with such contested memory sites in history teaching. 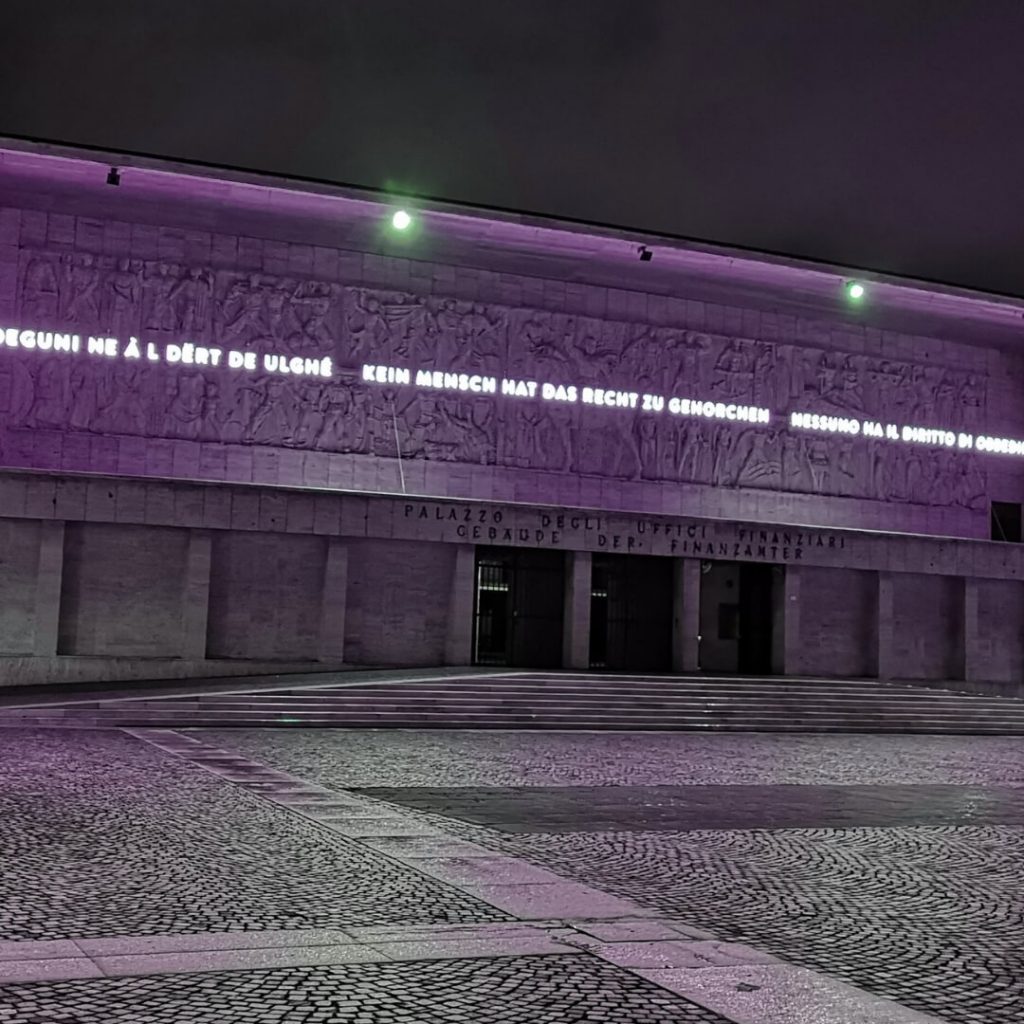 We talked about the Bas-Relief in Bolzano-Bozen, chosen for its representation of fascism in Southern Europe and the ways in which historical narratives are woven to suit contemporary political agendas.

Dr Flaminia Bartolini is a Classical Archaeologist and Heritage specialist, and a Leverhulme Trust Fellow based at the ISPC-CNR in Rome. She gave a lecture on the Bolzano Frieze. In recent years public attitudes towards Fascist Heritage in Italy were at the centre of a heated debate that from the academic world reached the press and the social media. The debate posed questions on the fate of Fascist monuments in Italy and whether the country had yet come to term with its Fascist past. This lecture will look specifically at how this is reflected in the iconography of Mussolini and the heritage sites in Bolzano. It will be examined to what extent the shift in both the perception and fortune of Mussolini’s material legacies mirrors the renegotiation of the Fascist past, and what is the role of the Cult of the Duce in contemporary Italy. Case studies of Mussolini’s bas-relief and his iconography will be analysed together with similar projects in Italy. The presentation also questions whether public perception of these sites has changed over time and considers how their recent transformation into heritage sites or exhibitions signifies a shift from the post-war interpretation.

Dr Hannes Obermair, a historian and exhibition curator, is a Senior Researcher at the European Academy of Bozen-Bolzano (Eurac), and offered a virtual tour of the site. His tour led us through the city of Bozen-Bolzano, the capital of the northernmost Italian province, the pluri-ethnic South Tyrol. Bordering to Austria and part of the Hapsburgian monarchy up to WWI, the region has been annexed by Italy in 1919/20. With the rise of Italian fascism, Bolzano became sort of a laboratory of the violent Italianization attempts carried out by the fascist regime especially within the border-regions. The architectural legacy of the dictatorial past is still visible today, mainly the Monument to Victory erected by Marcello Piacentini in 1928, and the new “Grande Bolzano” urban quarters around the Tribunal square with a monumental bas-relief showing a triumphant Mussolini. It goes without saying, that after 1945 this permanence of fascist symbols led to unrest and dispute between the major ethnic groups, as well as the long forgotten remnants of a former Nazi-concentration camp active in 1944–5. Only in the 2010ies, on the basis of a broad historical “Vergangenheitsbewältigung”, the still existing traces of both dictatorships have been reframed and re- semantized in order to create common memorial grounds for today’s civil society.

Valley of the Fallen, Spain

Dr Marije Hristova gave a lecture on the history and controversy surrounding the Valley of the Fallen. Dr Hristova is Assistant Professor of Hispanic Cultures and Literature at Radboud University Nijmegen and a researcher in the project NECROPOL, funded by the Spanish Ministry of Science and Innovation. She is a specialist in Spanish memory cultures, transnational memories of the Spanish Civil War and the production of cultural memories after the forensic turn in Spain and in Europe. In her presentation, she conceptualised the Valley of the Fallen within the wider Francoist politics of remembrance. As such, it is part of a constellation of sites and places of memory marked by National Catholicism and its necropolitical culture of martyrdom. In her presentation, she focused on the meaning of the Valley of the Fallen before 1975, that is, before it became to be known as ‘Franco’s grave.’

Dr Francisco Ferrándiz guided us on a virtual tour of the Valley of the Fallen. Dr Ferrándiz is a Tenured Researcher at CSIC, and Senior Advisor in the State Secretariat for Democratic Memory, of the Ministry of the Presidency in Spain’s central government. Since 2002, he has conducted research on the politics of memory in contemporary Spain, analysing the exhumations of mass graves from the Civil War (1936‒1939). He is presently Principal Investigator (PI) of the research project The Politics of Memory Exhumations in Contemporary Spain, funded by the Spanish Ministry of Science and Innovation. Based on long-term ethnographic research on contemporary exhumations of mass graves from the Spanish Civil War (1936-1939), his presentation explored the controversies taking shape over the Valley of the Fallen, the most conspicuous Francoist monument in contemporary Spain. In the last few years, the Valley has come under close scrutiny and criticism, and an institutional project to significantly re-signify it, including the exhumation of the former dictator from its Basilica in late 2019, is currently underway.