From the beginning of the Russian aggression against Ukraine in 2014, and especially with the beginning of the massive military invasion on 24 February 2022, our MSA Fellow from Russia used his Facebook account as a platform for anti-war discussion and published a declaration against the war in Ukraine. For his activism, he has been persecuted by the FSB, which forced him to abandon Russia seeking refuge elsewhere. After a period in Uzbekistan, the professor and researcher who worked at the Perm branch of the Higher School of Economics is currently living in Germany, where he has been accommodated at the Universities in Bremen and Mainz.

From mid-December on, he will continue his research at the Amsterdam School for Cultural Analysis thanks to the MSA Fellowship “Memory Scholars at Risk”. Together with Boris Noordenbos, he will continue to analyze memory-related news stories and opinion pieces about the current war against Ukraine.

For reasons of his personal safety, his story has been anonymized. Whatsoever, you can read about his previous experiences below:

I work in my country household (“dacha”), dropping wet, heavy snow from the roof of the house. Incoming letter from my German colleague: «Hooray! Our project, “Remembrance of Solidarity as a Resource in the Current Conflict Situation”, is supported by the German foundation! 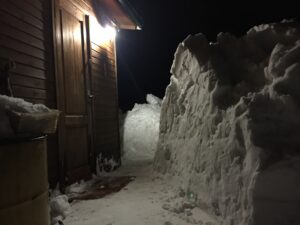 We are working!  I have a feeling that everything will be fine and that the war will not start». That’s great news. For several years we have been preparing this Belarusian-German-Russian-Ukrainian project, dedicated to the memory of Jews from the western regions of the USSR who came (being evacuated, deported, exiled, fleeing) in the Urals during the Second World War. Evening, I read the news. The feeling grows more and more anxious. I am preparing a draft anti-war statement on behalf of the board of the regional branch of the Memorial Society and sending it to my colleagues.

Early in the morning — a shock, Putin’s crazy speech, the invasion begins. I write to my Ukrainian friends… God, this is madness. We discuss with colleagues from the Perm Memorial the text of the anti-war statement — this time against the actual, not the possible invasion, make some changes and publish it on our website.

The evening of the 24th, an anti-war meeting in the city’s central square. Girls with yellow and blue chrysanthemums. Chains of riot police march through the crowd of protesters, snatching and beating people who are resisting. 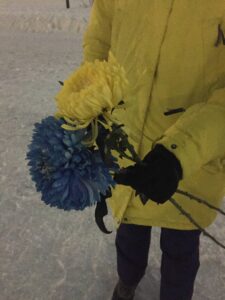 Days of nightmare: incessant reading of the news, correspondence with Ukrainian friends, waves of emotions rolling through the body (fear, anger, hope, despair), classes at university (students’ faces lowered to the floor, frightened, gloomy; reading Umberto Eco’s Ur-Fascism with them).

Late afternoon of March 2, getting ready for tomorrow’s classes. A call from a Czech colleague: tomorrow morning you should be at the Czech embassy in Moscow, they have information that martial law will be imposed on March 4 in Russia and mass arrests will begin. Conversation with my wife; “surely, go!” I pack a small city backpack, hug my wife. “No pasarán!” I’m flying to Moscow. 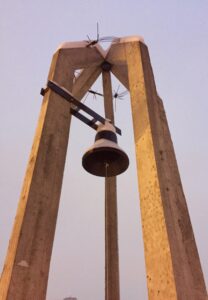 The perspective of getting a visa is rather vague. Evening meeting with a Moscow friend, a person whom I believe: “Yes, you ought to flee the country”.

March 4, morning, I’m near the Czech embassy again, waiting news about my visa. There’s other news: riot police smash the Moscow offices of the Memorial Society; the Russian parliament passes a package of laws introducing military censorship: “up to 15 years’ imprisonment for any anti-war protests. Immediately — a phone call: the FSB officer in charge of your university is talking to you. You are to report to my office to discuss your negative and provocative publications. — Sorry, no way I can do that. And there is nothing in my publications that contradicts common sense, human values and Russian law. — So, we’re putting you on our wanted list.”

Almost immediately a letter arrives from my friend from Tashkent (a brilliant writer and historian of philosophy): “Surely, come! We’ll find a place to live, we’ll figure out what to do about work. We’re waiting for you!”.

I’m in Tashkent. I exhale. I immediately write to the rector of my university, explaining the situation in general terms and asking her to accept my request for two weeks’ leave. The answer I get is: “God bless you! Yesterday the “Office” came looking for you, demanding your immediate dismissal. So far, I am fighting for you as best I can.”

For the next month, I’m working almost all the time not taken up with sleep, writing to friends and colleagues in Germany and the Netherlands, giving distance classes in critical thinking and public history for my students in Russia, lecturing on memory politics at one of Tashkent institutes and trying to fill my life with the senses. At a certain point, I realise that my situation is similar to that of the frog in the old parable, who, having got into a jug of cream, started to beat its legs desperately, trying to whip butter out of the cream. I share this thought with Boris Noordenbos, who then ends each of his letters with the phrase: butter! more butter! In parallel: non-stop correspondence with friends from Ukraine and the Czech Republic, news… How to live after Bucha? An oppressive, killing feeling of shame and guilt. Physical pain, neuralgia perceived as salvation…

The flat of my Tashkent friends seems to me to be the safest and most comfortable place in the world.

What may be in future? I’m flying to Frankfurt.

The Memory Studies Association offers funds for two fellowships of 4000 euros each to support memory scholars at risk. The MSA is looking for institutions across the world that would like to provide a place of academic refuge, including matching funds or equivalent in-kind assistance. Such institutions can contact scholars at risk known to them or seek advice from the MSA, which collects information on colleagues needing support. While the MSA is currently able to offer two fellowships, it is continuing efforts to raise more funds for additional fellowships.

You can also donate to a fund to support memory scholars at risk. The fund will co-sponsor fellowships in hosting institutions across the world. Please consider donating any amount you can to help our colleagues whose lives and careers are at risk. For more information about the MSA ‘Memory Scholars at Risk’ fellowship and how to donate, please visit: https://bit.ly/3zypxs7

Page load link
There was a problem...

You already have an account created on the Memory Studies Association groups site with this login.

If you have forgotten your password, click the link on the login page to get sent an email to help you change it to something more memorable.

Congratulations you have been succesfully added to the Memory Studies Association groups site.