Skip to content
Previous Next
dMSA and Uses of the Past’s Event: ‘The Future of Atrocity Memory’

‘The Future of Atrocity Memory’

Dirk Moses in conversation with Birthe Kundrus and Wulf Kansteiner

There are apparently good reasons to assess the state of the art of atrocity memory, the war in Ukraine being one of them, and there are excellent reasons to do that together with Dirk Moses. Moses has advanced the debates on two levels. In his new book The Problems of Genocide, he has argued that we have failed to understand key underlying causes of the Holocaust and other genocides. He claims that we have created a misleading albeit comforting dichotomy between illiberal fascist and communist regimes engaging in mass crimes, on the one hand, and liberal democratic regimes allegedly foregoing such violence, on the other hand. Moses places the various political systems on a spectrum. Despite important differences in the scale of their transgressions, they are all driven by illegitimate and unethical security needs prompting them to violate the rights of citizens and civilians time and again. How does that historical insight change our memory priorities?

In addition, in a widely read discussion piece “The German Catechism,” Moses has directed his critical gaze at the cradle of self-reflexive Holocaust memory and admonished Germany for aggressively promoting a non-inclusive, hierarchical, and unjust memory culture that differentiates gratuitously between different acts of collective violence and different groups of victims. He considers Holocaust memory, as institutionalized by state institutions, an obstacle for Germany on its way to becoming a more diverse, tolerant, and inclusive society. What concrete, sweeping changes would he like to see in German and European memory culture?

The panel will put Moses’ theses to the test and develop suggestions about the relevance of atrocity memory in post-colonial, anthropocenic times. 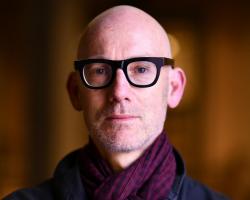 A. Dirk Moses is the Anne and Bernard Spitzer Professor of Political Science at the City College of New York since August, 2022. He has also taught at the University of Sydney, the European University Institute in Florence, and the University of North Carolina at Chapel Hill. Dirk is the author and editor of books on genocide and memory studies. The latest is The Problems of Genocide: Permanent Security and the Language of Transgression (Cambridge, 2021). He also edits the Journal of Genocide Research and is working on a book called Genocide and the Terror of History. 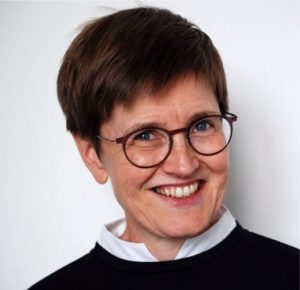 Birthe Kundrus is a Professor at the Department of History, Universität Hamburg. She teaches and researches in the fields of theory and history of violence, the history of Nazism, Holocaust Studies and Colonial/Postcolonial Studies. She is the speaker of the research group “Gewalt-Zeiten”, which deals with the question of how temporalities shape acts of physical, collective and organized violence. Current projects include publications on the Siege of Leningrad and Deportations of Jews during the Holocaust. 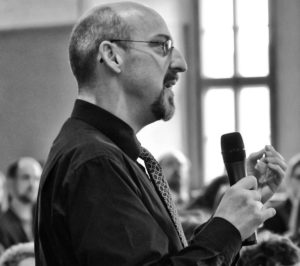 Wulf Kansteiner is a Professor of Memory Studies and Historical Theory at Aarhus University in Denmark. He studied at UCLA and Ruhr University Bochum and was for 15 years a faculty member at Binghamton University (SUNY). Kansteiner is co-founder and co-editor of the Sage-journal Memory Studies. He is the president-elect of the MSA, being also a member of the advisory board of the Mnemonics, the International Network for the Theory of History, and the Leibniz Research Consortium Value of the Past, the MSA, among others. He is a member of the editorial board of the DeGruyter series Media and Cultural Memory and the Cambridge UP journal Memory, Mind & Media.

Please register via this link: http://bit.ly/3zeGer6

The event will also be live streamed on Youtube: https://youtu.be/DATVn7jMNmo

Page load link
We use cookies on our website to give you the most relevant experience by remembering your preferences and repeat visits. By clicking “Accept All”, you consent to the use of ALL the cookies. However, you may visit "Cookie Settings" to provide a controlled consent.
Cookie SettingsAccept All
Manage consent

This website uses cookies to improve your experience while you navigate through the website. Out of these, the cookies that are categorized as necessary are stored on your browser as they are essential for the working of basic functionalities of the website. We also use third-party cookies that help us analyze and understand how you use this website. These cookies will be stored in your browser only with your consent. You also have the option to opt-out of these cookies. But opting out of some of these cookies may affect your browsing experience.
Necessary Always Enabled
Necessary cookies are absolutely essential for the website to function properly. This category only includes cookies that ensures basic functionalities and security features of the website. These cookies do not store any personal information.
Non-necessary
Any cookies that may not be particularly necessary for the website to function and is used specifically to collect user personal data via analytics, ads, other embedded contents are termed as non-necessary cookies. It is mandatory to procure user consent prior to running these cookies on your website.
SAVE & ACCEPT
Go to Top